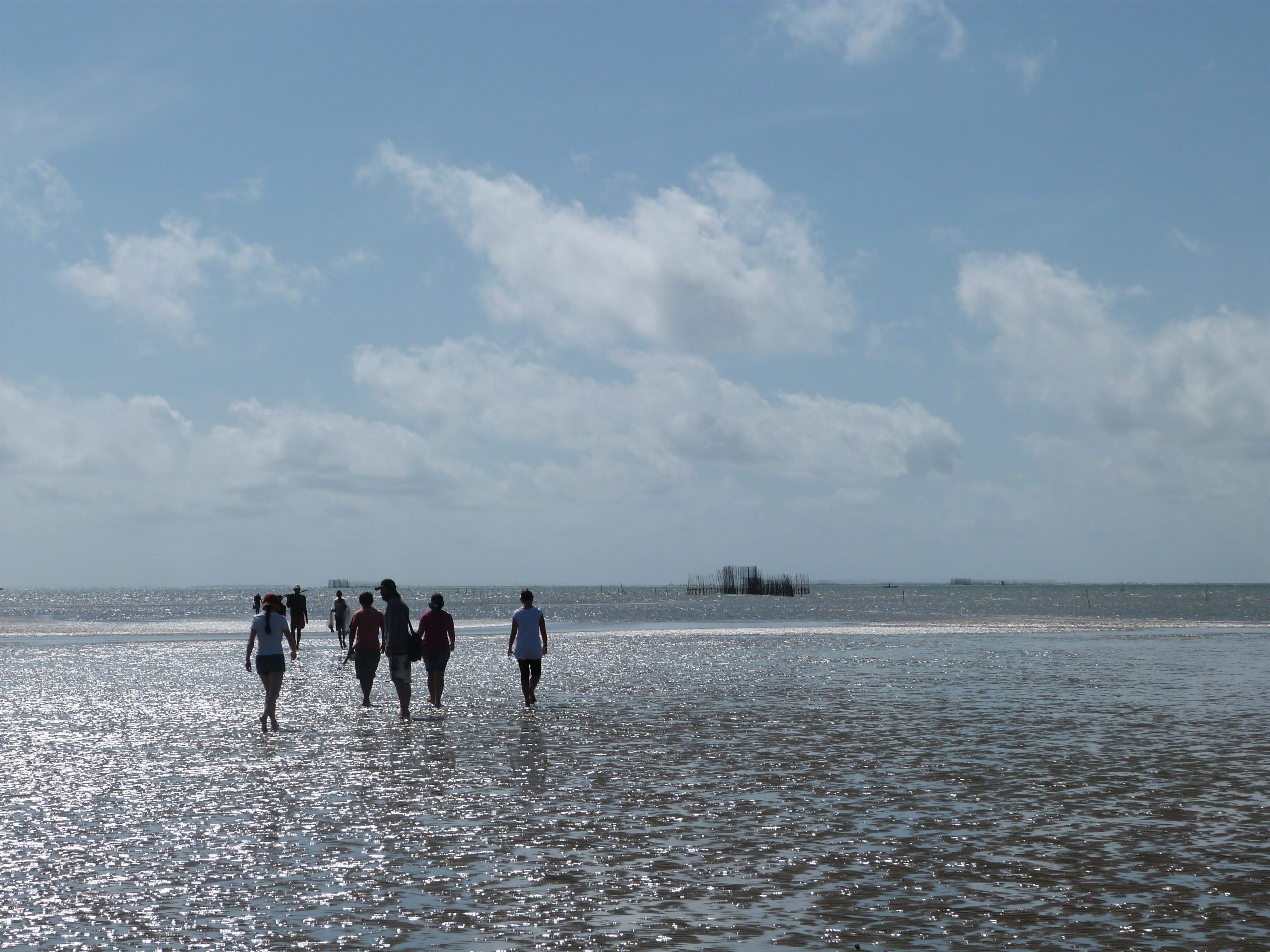 What we are aiming for

TRADITION is working on coastal areas of the three largest biomes in Brazil: Pampas, Atlantic Forest and Amazon. This coastline has supported human populations for at least the last 6,000 years, through periods of environmental and social changes. The legacy of these past populations can still be perceived in modern communities, however the fisheries and their actors have been largely neglected in the historical processes.

We are a multidisciplinary and transnational research
team working on four main objectives :

What was the impact of ceramic technology on coastal fisheries?

The earliest evidence of coastal exploitation along the 8000 kilometres of Brazilian coastline dates back to 7000 years ago, by non-ceramic using groups. Ceramic technology appeared along the coast beginning ca. 6000 years ago in the Amazon (Mina tradition), to 1200 years ago in the southern Atlantic Forest (Taquara-Itararé tradition). To what extent coastal resources continued to be exploited by these ceramic-using groups is unclear.

We are collecting high resolution datasets regarding the diet, culinary practices and economy of these coastal communities before and after the spread of ceramic artefacts. We are testing the hypothesis that the dispersal of ceramic technology, and its putative relation with plant-based economies, radically changed the scale and nature of coastal exploitation in this region.

What was the impact of Late Holocene climate and environmental changes on coastal populations?

Subtropical and tropical coastal areas are particularly sensitive to climate change, and several lines of evidence point to increased precipitation and intensification of El Nino events in eastern South America from approximately 3000 years ago. Combined with the effects of local sea level change, increased rainfall transformed the region’s rich aquatic ecotones, such as estuaries and coastal lagoons.

We are studying whether climate and environmental factors affected the exploitation of coastal resources in pre-Columbian times. This information will help clarify the role of coastal environments in building long-term socio-ecological resilience and adaptive capacity to environmental changes.

What was the role of coastal fisheries during the colonization and urbanization of Brazil?

The Atlantic Forest provided the arena for the first contact between Europeans and native South Americans in Brazil, the introduction of non-native crops and livestock, the world’s largest trade of African slaves, and the beginning of urbanization in Brazil. The role of fish and fisheries have been largely neglected in this convoluted historical process, leaving the extent the fisheries contributed to the socio-economic development of urban centres unclear.

We are investigating the rich historical and archaeological records available in key urban centers of Brazil to assess the socio-economic and cultural dimensions of small-scale fisheries during the colonization and urbanization of the Atlantic Forest coast.

How have historical practices and events shaped current small-scale coastal communities? How can this knowledge benefit current management strategies?

Previous studies have contributed to our understanding of the socio-cultural aspects of modern small-scale fisheries along the coast of Brazil. These studies are restricted to a few generations however, lacking sufficient depth of time to provide a comprehensive evaluation of long-term interactions between society, culture and the coastal environment.

We are analysing the socio-economic and cultural profile of coastal communities in the context of archaeological and historical data to expand this window of time.

You can find out more about which cookies we are using or switch them off in settings.

This website uses cookies so that we can provide you with the best user experience possible. Cookie information is stored in your browser and performs functions such as recognising you when you return to our website and helping our team to understand which sections of the website you find most interesting and useful.

Strictly Necessary Cookie should be enabled at all times so that we can save your preferences for cookie settings.

If you disable this cookie, we will not be able to save your preferences. This means that every time you visit this website you will need to enable or disable cookies again.

This website uses Google Analytics to collect anonymous information such as the number of visitors to the site, and the most popular pages.

Please enable Strictly Necessary Cookies first so that we can save your preferences!